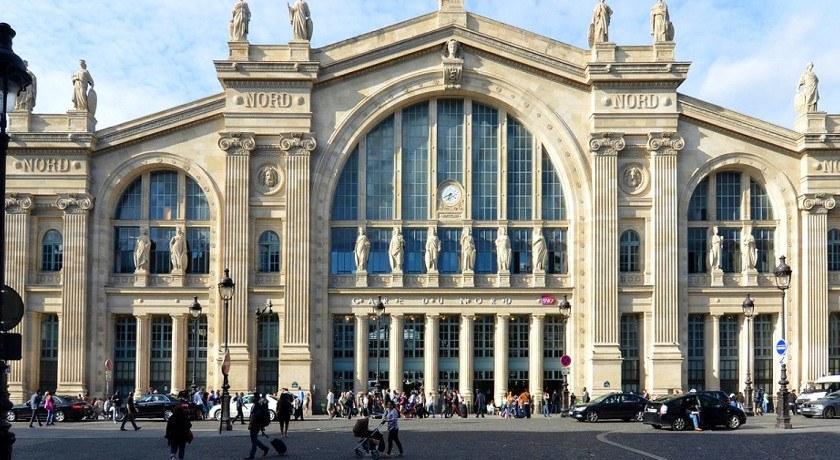 The Paris Nord Train Station (Gare du Nord) was initially constructed in 1846. Soon after, it was reconstructed three times to expand the extent of the station because of the increasing activity. The better than ever station was completely utilitarian by 1864. The name was chosen with the idea that voyagers would have the capacity to go to Belgium, the Netherlands, Northern Germany and the Scandinavian nations. It certainly has been able to live up to those expectations, and indeed more.

The Gare du Nord is the busiest rail route station in Europe, boasting an impressive 190 million travellers every year, and it is also the second biggest station in the world. With the constantly developing fast rail system network, even more destinations are reachable from the Paris Nord Train Station. On the off chance that you like rock hard French bread sandwiches... this is the spot to get them. Nord is joined with all major Metro tram joins.

Avoid the anxiety and hassle of using public transport and book a private transfer for your trip from Paris' Gare du Nord train station and your destination in Paris, Orly or CDG airport.
At the point when you are leaving Paris via of the Gare du Nord, our driver will collect you at your accommodation or other pre-agreed pick-up point and will drop you off at the station. Simple, quick and effortless transportation
All of our chauffeurs have professional VTC cards delivered by local authorities, and they are specially trained for transporting passengers.

How do I make my booking?

You can complete your booking on-line by using the displayed booking form .Just select a return or one way journey, choose the date, your departure and destination points and click on “See the Price”. The link will show you the type of services and the prices of the transfer. If your destination is not listed we can send you a custom route and full instructions should you wish to book.

Where will I find my driver at Paris Train Station?

On your arrival at Gare de Lyon, Bercy and Austerlitz stations our driver will wait for you at the head of the train. He will hold a sign with your name written on it. His cell phone number will be given previously by our service. For the other stations (Paris nord) you find your driver at the meeting point indicated in your booking confirmation.

What if my train is delayed?

No worries, you don’t have to do anything, as we track your train number, Your taxi driver will at all times be informed about your train details and will collect you at the new time. We do not charge extra for drivers waiting for arriving flights

Are there any additional fees or hidden costs?

No, there are no booking fees and all our prices are all-inclusive (incl. VAT), Club Shuttle does not charge for driver’s waiting time, night fares or traffic. The transfer prices are always per vehicle, not per person.